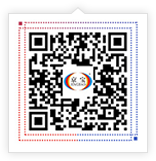 It mainly refers to the bad flavor produced by the oxidative and degradation reaction between soybean lipoxygenase and fatty acid,

chain for the preparation of soymilk by adopting the traditional process of aqueezing homogenates before heating,and is significantly

reduced after cooking.The beany flavor acceptable to Asian consumers to a certain extent,Thry think that it is the typical flavor of

small molecule aldehyde,ketone and other flavor substances when the soymilk is under high temperature,pressurization and long-

time heating.The flavor is mainly found in cooked soymilk.and is slightly scented when freshly cooked,After it is further cooked,other

aromas (such as fried soybeans) will be developed,just like the scents produced after soybeans are baked and fried at high temperatures.

It refers to the impression left to people by the soymilk after it is taken.It is mainly a comprehensive reflection of the concentration,

sweetness, bitterness and astringency of soymilk, and there are primary and secondary effects and time effects.Among them,bitterness

and astringency are bad tastes of soymilk.However,it is not ruled out that proper astringency may form a unique addicion-type taste.

It refers to the granularity of soymilk perceived in the mouth and the smoothness of esophagus during swallowing.it is a taste brought to

people by the size and distribution of protein,insoluble dietary fiber and fat particles in soymilk.The well-organized soymilk should give

a delicate and smooth mouthfeel.and over effect of lipoxygenase will make people feel the throat uncomfortable when they swallow.

It refers to the feeling of perfect harmony after the soymilk is taken.It is determined by the state emulsification formed in water by

solid dispersions and liquid emulsions in soymilk.Its nature is the the emulsification of soybean proteins and phospholipids.The better

the emulsification is,the more stable the multi-association system formed by protein,oils and phosphlipids, Fullness is felt when soymilk

is tasted.There is no direct relationship between soymilk concentration and fullness.When tasting badly cooked soymilk,people will feel

water is water and the solids are solids,without significane separation of them.The fullness of Soymilk produced from excessively

soaked soybeans will decrease.Different people have different degrees of sensitivity to fullness and different preference levels for it.

For example,if the proportion of moldy and rotten soybeans is too high,the soymilk will have a musty odor.When the soybeans are

soaked in water for a long time,there will be water odor.The water for soaking soybeans should have good water quality.After the

soybeans are soaked in the water with peculiar smell,the soymilk produced will have the corresponding peculiar smell.There is a big

There are also differences in the taste of soymilk made by adopting different filtration meshes.